I have often posted the accomplishments of my children over the past few years, but today, when my daughter texted me from Ecuador to say that she is not only going to be teaching Cultural Anthropology at Tulane University in the Fall 2016 semester, but that she has also just been notified that she will be teaching Anthropology and Gender, I was stunned.  This comes after her completing all but her dissertation at Tulane at the ripe old age of 25!

Not to be one to live in his sister’s shadow, my son received an award for his outstanding leadership for his sophomore  year at Pace University.  This child who had been so sociable at the age of three, had become a shy and introverted young man by the time he was in high school.  The change came for him when he boarded a bus with his high school classmates when he was in eleventh grade for a school trip to Europe.  One of the students walking past him on the bus stopped to ask him if he went to their school.  He had become invisible.

Some of  you may think, “Oh there she goes again, bragging about her kids.”  But bragging is not what I have in mind, I am in awe of them.  These were not the children who were singled out to one day be leaders.  They were not the ones who competed for the top rankings in their classes.  They were ordinary kids.

When they were little, I worried about them.  Every teacher told me that they needed to “focus.”  By the time my son came around, five years after my daughter, I was so used to hearing that phrase that I just said it in unison with the hundredth teacher at the hundredth parent/teacher conference that I attended.  But what their teachers didn’t see, was their wonderful imaginations and their kind hearts.  I told them they didn’t need to be recognized for the community service that they did, that it was so much more valuable to do it for themselves and not for some payoff such as a certificate.  This taught them to be humble.

When I put them into AP classes and they struggled and felt that everyone else in their class was smarter than them, I told them that it was okay, because they were learning how to learn with the best in their school.  They were learning to push themselves to achieve more than what others thought they could.  They learned that the expectations of others, or the lack there of, were not limitations that they needed to listen to and believe.  The only limitations that there were, were the ones they put on themselves.

It wasn’t until college that this all started to click for both of them and now, they amaze me every year and every moment.  It isn’t just their academic successes that I am proud of, it’s their humble, kind, loving personalities that shine through and gain the respect of their peers and teachers alike.  They have come such a long, long way from where they started.  And I am so very proud to be their mother. 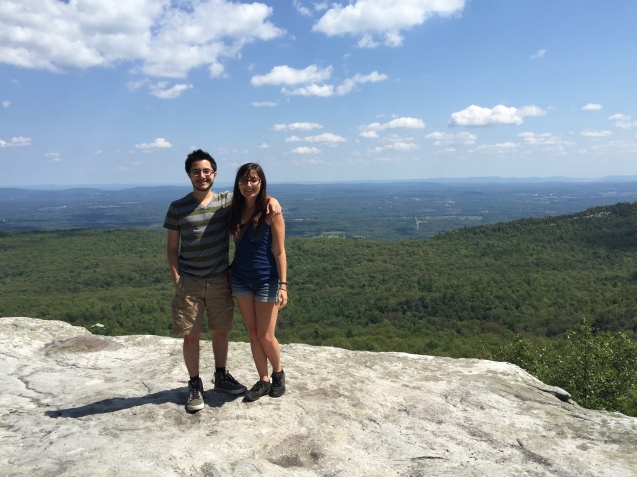