I attended a college orientation this week for my son, but what I found out was that it was really for me.  The college did a great job of bringing the parents together, not only to find out how the first year would be for our children but also for us to connect to each other.  In one of the sessions, we sat around and talked about what we expected, what we hoped for, and what we feared.  Listening to the others in the circle and gathering the collective feelings of the group, helped me see my own thoughts in a better light.  An image of what the experience will be like for both my son and for me became clearer.  I learned that some parents were sending their very independent children off far from home and were worried about the distance while others were worried because their children wanted to commute and stay at home instead of living on a campus.  Some of the parents had other children at home and this was their first child to leave while others were sending their last or only child off to college.  But it didn’t matter what the circumstances were, we were all worried about our children . . . and about ourselves.

The orientation program took the time to help us develop an image of what college life will be like for them.  We could see the support program that would be in place for the kids and for us.  We had a chance to bond with each other and develop friendships while our children did the same.  We all came away with a better understanding of the experience and of ourselves.

Our children aren’t leaving us behind, we are going to a new place together but taking separate paths to get there.  They are taking one path and we are taking another, but we will meet again at the next crossroads.  Each of us will be a little different by then, but the love that we have for each other will never change.  In the meantime, I will capture the images along the way by taking lots of pictures and hope that my son will do the same (That’s a Hint, Son!) so that I/we will never forget the journey! 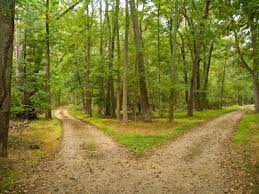