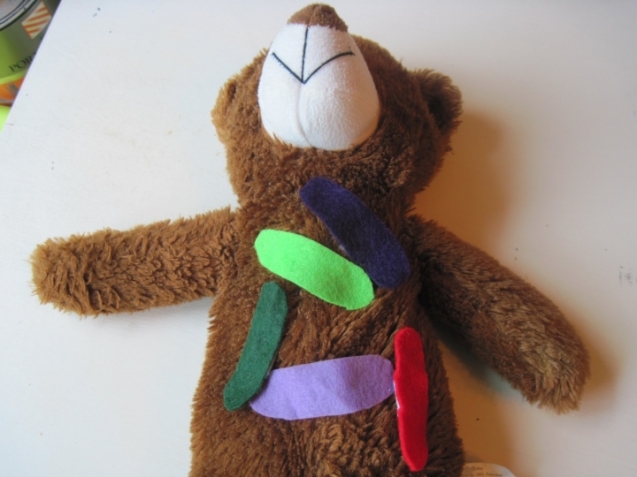 I’m not very good at this. I don’t know if anyone is.  Alzheimer’s wins every time, it doesn’t matter how much you fight back.

Someone with Alzheimer’s doesn’t only forget other people, they don’t remember things about themselves.  Not only things in the past, but things they need to stay safe and healthy every day.  With the loss of memory, the best way to fight it is to keep them strong and healthy and to keep them engaged with the outside world as much as possible.

My mom has false teeth and last year at the assisted living home, she lost her lower set, but then they were found in someone else’s room. Then she lost her upper set, they were found under her bed.  Then she lost the upper set again, this time they weren’t found. Without her teeth, she can’t eat the foods she likes so she doesn’t eat.  If she doesn’t eat, she loses weight that she can’t afford to lose.  So we brought her for the endless visits to the dentist to have a new set made.  This new set wasn’t as comfortable as the older set, because this one had a palette that needed to be lodged under the roof of her mouth.  Food gets stuck there and it bothers her.  You can’t put adhesive in because that drives her crazy.  She doesn’t know what the gunk in her mouth is so she keeps taking her teeth out anyway and picking out the adhesive.  So the teeth go in without adhesive.  She dealt with it, we all dealt with it.

She was having trouble seeing, so we brought her to the eye doctor.  He said, let’s do cataract surgery.  So we brought her for the surgery and it was a disaster.  The natural cataract in her eye broke up as soon as he tried to take it out and it fell back into her eye.  He said this happens one in a million cases. He had to pick out the pieces before putting a new cataract in. He didn’t get all the pieces out though, so she keeps thinking she is seeing bugs everywhere she looks. They are the pieces of the cataract floating around in her eye.  She rubs her eyes so much because of dry eye that she rubs them raw.  She can’t remember to stop rubbing them. You can tell her to stop, you can put drops in, but nothing helps.  The cataract surgery was a failure.  The eye doctor discovered that she also couldn’t see well out of her other eye and said that we should have it checked out. Another eye doctor decided that the retina in the other eye had problems and they wanted to work on that.  But before we could make a decision, she fell and broke her leg. So while the eye-drops from post cataract surgery were still being put in her eyes, she went to the hospital for a broken leg.  The eye-drops became the least thing people were interested in following up on.  Ten steps back.

My sister and I took turns staying with her in the hospital overnight.  She would wake up afraid. She didn’t know she had fallen and broken her leg.  She thought we were hurting her because we were trying to stop her from getting out of bed.  From the hospital, she was moved to a nursing home for rehab. The nursing home was an improvement over the memory care unit of the assisted living home because here there were people to talk to her.  She enjoyed the activities but the recreation therapists said she’d do better if she could hear (or see).

Since she hadn’t been a candidate for surgery, there wasn’t a lot of rehab they could do until the bone healed on its own.  So eventually, they took her off of Medicare paid rehab. Rehab was stopped until the doctor could give her clearance to be at least “partial weight bearing” on the injured leg.  She couldn’t go back to the assisted living, so we gave up her apartment there and arranged for her to become a permanent resident at the nursing home.  When we cleaned up her apartment, we found the piece of her hearing aid that was missing.  Great!  I gave the hearing aid to the nurse.  The following day the nurse handed the hearing aid back to me.  She told me that my mother keeps putting it in her mouth.  She must think it’s her teeth. With the battery in the hearing aid, it’s too dangerous for her to have it.  So I brought the hearing aid back home with me. One step forward, two steps back.

Last week I went to the nursing home so that I could bring her to the doctor to see if she could start bearing weight on the injured leg. We were expecting a giant snow storm, but I wasn’t putting off this doctor’s visit. When I arrived at the nursing home, she didn’t have her teeth in. The nurse told me that her upper teeth were in her room, but her lower teeth were missing since the previous afternoon. They looked everywhere but couldn’t find them.  I know she takes the teeth out of her mouth sometimes when she eats because the food gets stuck in them.  She probably put the teeth in a napkin, then onto her food tray, and they were probably thrown out. Two steps back.  I felt like crying.  But I had to bring her to the doctor.  So I got her ready and we waited for the ambulette to take us.  The doctor gave her the go-ahead, she can start weight-bearing rehab and that means that Medicare paid rehab can start up again.  One step forward.