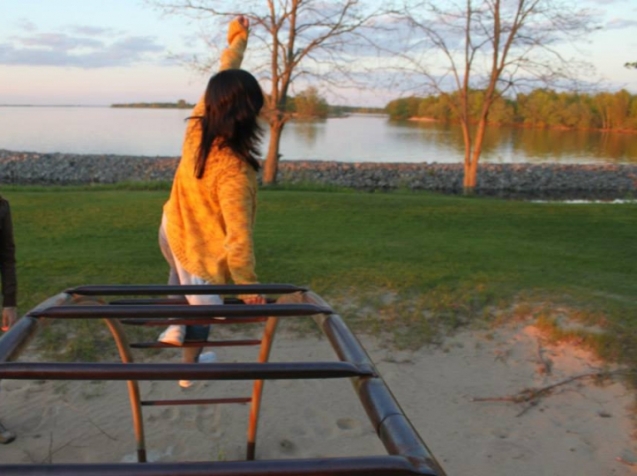 The first time I realized the connection between potholes and the holes in my life, it was 1987 and I had crawled into a fetal position on my couch and was crying uncontrollably over the loss of my father, but he had died in 1979.  It had been eight years since his death and for some reason on that day, missing him overwhelmed me.

When a road is brand new, it is smooth and solid, but once there is a pothole, that road is never the same again.  You can fill that pothole with various materials, but inevitably, the pothole will form again and it will, consequently, need to be refilled again and again and again.  When you experience a loss or a difficult time in your life, a pothole forms.  You can fill it with food, alcohol, exercise, work, religion, drugs, relationships, or a number of other choices.  Some of those things are better than others.  Some may fill the pothole for longer periods of time than others.  But one day you will hear a song, smell a cologne or a special food cooking, hear a voice that sounds familiar, and a memory will return, or you will just see the back of someone’s head and think . . . maybe?  Those feelings that you have smothered with your chosen obsession will unearth once again and you will have to start healing yourself all over again.

I use this analogy in my book, The Tin Box Secret.  There are issues that the characters are dealing with and one day as they are riding on the parkway, the main character asks her father why there are potholes.  He answers that once there is a pothole, the road can never be as strong as it had been when it was first paved.  The message I want to get across to people is that healing is a life-long process.  Just because you have dealt with an issue in your life, doesn’t mean it won’t need to be attended to again and again.  But you can fill that hole with better choices, like using your loss to help others.  Maybe you can even build a bridge over that old pothole and help others have a safer smoother passage in life.

(FYI: In this picture, which was taken during my daughter’s college graduation weekend, I am filling a tiny pothole that I had in my own childhood.  I was always too afraid to go the entire way across this type of monkey bars when I was a kid . . . but I finally did it!  Sometimes my kids look at each other when I bring up an old issue and they just say, “It’s a pothole!”  I love those kids!)