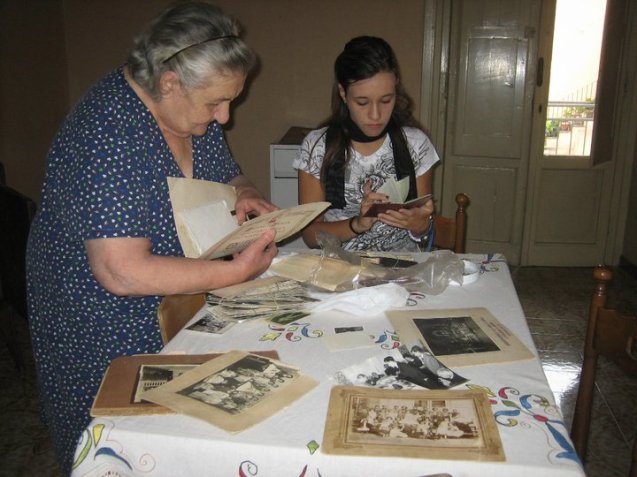 There are thousands of famous individuals whose family histories are well documented.  There are those who are famous because they are heroes and others because they are villains.  But there are millions of people, without fame, whose family histories are lost.  Generations do not tell their children family stories from the past that they are embarrassed to recall.  Sweep it under the rug and hide it, don’t tell.  The stories that survive are the ones to be proud of, even if they do not tell the whole story.  So when we start to research our family trees and we uncover the names of our grandparents, grandparents, grandparents, we innocently believe that they were  these “perfect” people.  We never imagine that there are hidden stories of ruthlessness, injustice, or misguidance. But if you are going to be a true historian, you must be willing to discover the true story.  There have always been wars, and these wars have always been over property, power, religion, and honor.  On a much smaller scale, individuals have always waged wars against people in their own families and others for the same reasons.  There have always been victors and victims.  There have always been martyrs and murderers.  If you look long enough into any family, you will find the entire spectrum. Those who wish to hide the truth, do an injustice to future generations.   But they don’t hide the truth because they want to deceive.  They hide it because they need to bury the truth to stop their own pain and because they want to protect their children and their name.

Many families left Europe and traveled to the new world for a new life.  They left the secrets of the past behind.  The immigrants did not teach their American born children the language of their father or mother countries.  I have always know this to be true, but I had thought it was so that the children could assimilate.  Last night, I started an Italian language course at a local college.  It is an adult education course and the “students” are mostly in their 50’s and 60’s.  As the teacher went around the room to ask why each person decided to learn Italian, there was surprisingly a common thread among them.  Many of the students said that their parents had immigrated from Italy and that their parents spoke Italian in their homes.  However, their parents never taught them Italian because they didn’t want their children to know what their private conversations were about.  With a language barrier between parents and their children, the parents could actually pick and choose what their children might overhear.

I am a generation removed from this phenomena, since it was my grandparents who came to America, not my parents.  I always thought it was the children who wanted to assimilate,  and therefore, never bothered to learn the language of their parents.  But perhaps my grandparents didn’t teach them, because they wanted to keep their family secrets in Italy and not bring them here to America to cast shadows over their children.  After all, they came for a fresh start.  And yet, here I am, digging them up, trying to uncover those very secrets.  I look for the stories that go with the names. I want to know who they were, good, bad, or indifferent.  I want to uncover the truth.  That truth can, at times, be humbling, and at other times it can even be exalting.  But whichever it is, it is always revealing.  And we cannot help but look into ourselves and wonder, what of them remains in us?